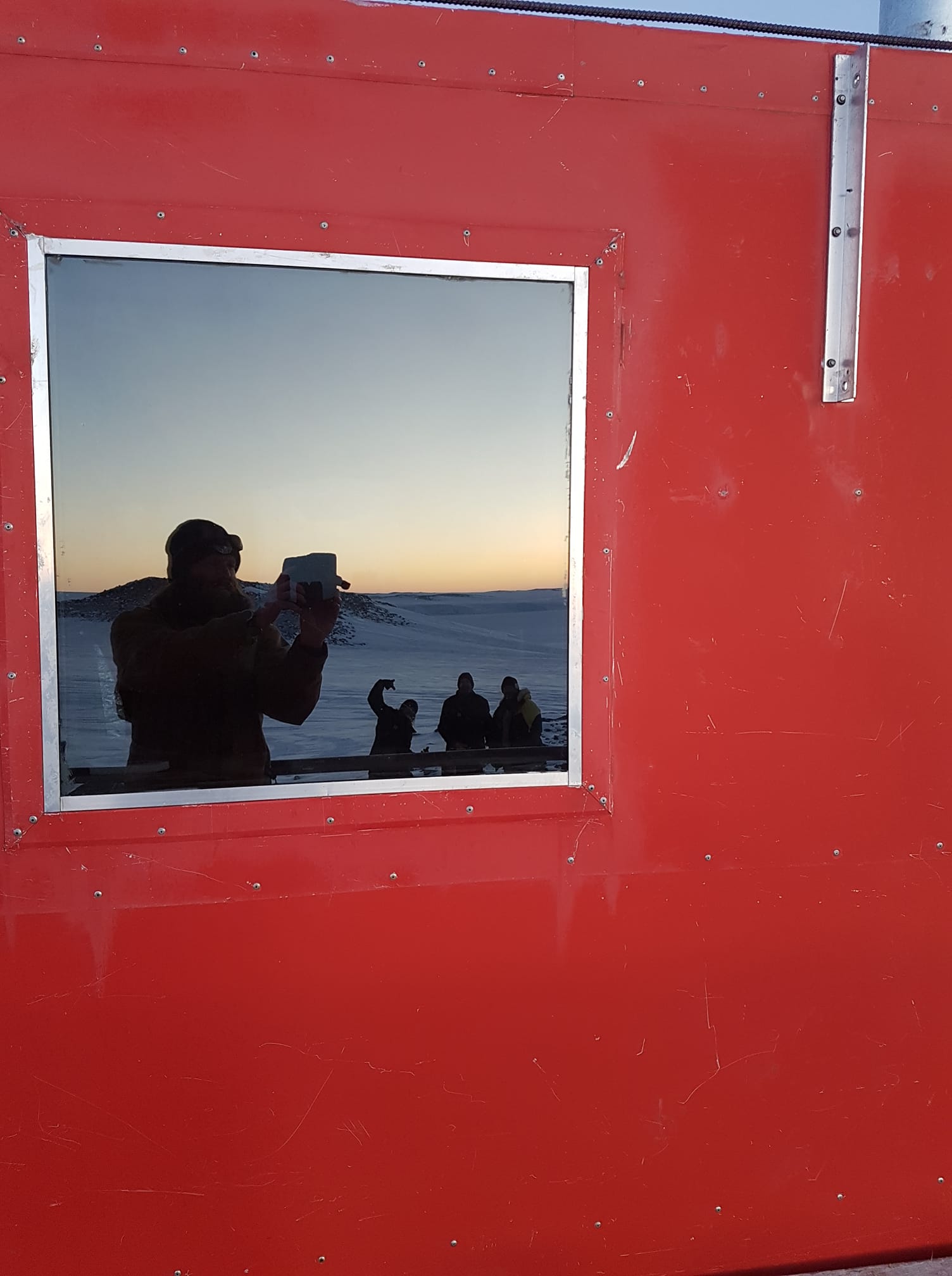 Well today I finally got the new fan dipole up. In case you haven’t noticed by now I am a fan of fan dipoles. Yes pun intended. The new antenna will do the 15m,12m,10m and 6m bands. It won’t be on all day every day as I still want to use the radio to talk on but I will leave it operational as much as possible. I currently have it setup to do band hopping and tx 50% of the time. I was testing the setup on the big fan dipole and it was working well so now I just turned it on and walked away. It will be interesting to see how it goes in the upper bands seeing as we only have 5 hours of daylight at the moment. Fingers crossed

On Tuesday we had a blizzard forecast. The forecast said 40kts of wind for the middle of the day so I took my new fan dipole down and laid it on the ground with small rocks holding the spreaders down. Unfortunately the wind was a lot stronger, it hit 88kts and stayed over 60kts for almost 14hrs. When I went back out to put the antenna back up it was buried under 5ft of heavily compressed snow in places. The spreaders have been damaged trying to get it out of the snow and it’s still partially buried. Hopefully I can get it repaired before the weekend.

New fan dipole is up

Not a great day to operate

I had hoped to be on the air very early this morning but the winds had other ideas. So I did some other stuff and then got on Youtube to answer questions in the interview that VK7HH had done with me. After that the wind died slightly so I figured while I waited I would build a new, better fan dipole that would cover 40m,30m,20m and 17m.

Most of the day was spent in the workshop and finally I had a nice looking antenna to try/tune. Unfortunately in my rush to get it up an get on the air it must have snagged on a rock and as I kept going lifting the mast I heard a giant crack. That was the end of that mast. Pretty much only 30 minutes later the wind was back up over 30kts. Hopefully tomorrow will be a better day.

Due to the extreme weather here, especially the high winds I currently take my antenna down every day.

I’m thinking of removing the 40m fan off the dipole and replacing it with a 17m and a 21m fan. That way I can possibly leave the slightly shorter antenna up for days at a time. This would allow me to operate more seeing as I don’t have to drop the mast every night.

I might put up a vertical for 40m and above, time will tell

So I’ve been down at Casey for about 2 months and have only really just got my gear setup.

Currently I’m running a 40m/20m fan dipole about 12m above ground. Unfortunately due to the high winds we get it has to be taken down each night.

I’m using an Icom 7300 and a 300W linear amplifier which seems to get out well. I have so far made almost 300 contacts from about 6 hours of operating. I will post a sked page soon so people can keep an eye on when I will be operating and what frequencies I’ll be on.